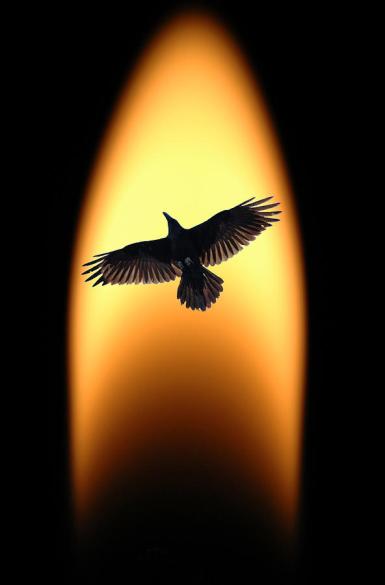 Behind the velvet mask her eyes saw nothing but darkness. The air of silence allowing her to absorb the energy of his mind at play with her senses. Now she was beginning to understand what he meant by the world of darkness and night being his domain.

Time moving so slowly it was torturing her thoughts – and he knew it. She knew he was there watching without moving. She couldn’t even tell if he was breathing but she could feel his eyes burning into her soul as they moved lazily over her body. He had done it so many times when they made love, his eyes playing with her body for a while before he touched her.

Sure enough she could feel the pressure on the bed of him laid there his head perched one arm just watching her. She could replay this aspect of him over and over. His watching her before his lips gentle kiss her, still teasing. Then his soft growl before his kiss becomes demanding and hungry.

In the darkness she was lost in her thoughts. Clear and vivid in her thinking she couldn’t be sure if the lips trailing over her breast were his or was it her imagination chewing softly on her nipple. Was it imagination opening her thighs to awaken her sexual need? Did it matter as her body responded to the building heat inside?

Her body arcing to receive the pleasure of his tongue claiming her sweetness before squirming down resisting the urge to push beyond the first flush. Her senses swirling, she heard his breathing turn to the soft growl as he kissed her before sucking her surrender to desire from her fingers.

I am a freelance writer and poet and started writing after raising my two boys as a way of discovering just who Jez is. That is still very much an on-going project but the journey so far has introduced me to many wonderful friends and fellow writers through an ever growing love of poetry. View all posts by Raven